This Week at Team Talk… Are Antipsychotics Just For Psychosis? 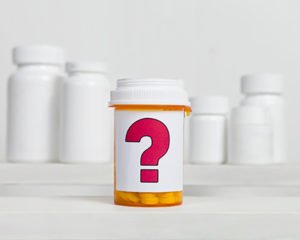 While the name may suggest that antipsychotics are only used to treat psychosis, in fact they can be used to treat a vast range of symptoms.

This week at Union Square Practice, Michelle Freedland gave an insightful look into the history of antipsychotic medications and their evolving uses.

Among the topics discussed were the general indications for antipsychotic use, including:

Some of the differences that were discussed include:

Michelle emphasizes to both prescribers and clients that it is imperative to monitor physical changes, as well as other adverse effects, while using antipsychotic medications.

Lastly, it is interesting to note that research shows that certain antipsychotic medications can also be used to effectively treat the following:

Team Talk at Union Square Practice takes place on a weekly basis. It is an open forum for both the USP team and guest speakers to discuss topics including psychopharmacology, therapeutic developments, and other relevant material in the field.