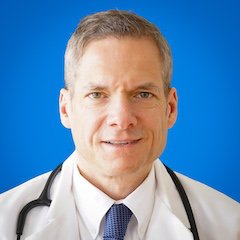 Dr. Goldstein is board-certified in both Neurology and Psychiatry, and holds sub-specialty certification in Behavioral Neurology and Neuropsychiatry. A graduate of the College of Arts and Sciences of Cornell University, he earned his Medical Doctor degree from the State University of New York School of Medicine at Stony Brook. Dr. Goldstein completed his internship in Internal Medicine and residency training in both Neurology and Psychiatry at The New York Hospital – Cornell Medical Center. He was the Ronald Coles Fellow in Neuropsychiatry at Harvard Medical School, and completed additional fellowship training in brain imaging in the Functional Neuroimaging Laboratory of the Weill Cornell Medical College.

From 2004 until 2018, Dr. Goldstein served as the founding director of the Center for Cognitive Health at the Icahn School of Medicine at Mount Sinai (ISMMS). Identified as a strategic initiative by the school, Dr. Goldstein built an inter-disciplinary program composed of neurologists, neuropsychiatrists, neuropsychologists, and patient care managers, bridging across multiple brain-related departments. The program’s architecture thereby comprised a central portal for cognitive patient care, training, and research initiatives. Starting in 2005, Dr. Goldstein’s program was one of the earliest in New York to focus on the neuropsychiatry of neuromodulation, including deep brain stimulation (DBS).

Dr. Goldstein served as Director of Medical Student Education in Neurology (2007-2012) and developed a newly-accredited Fellowship in Behavioral Neurology and Neuropsychiatry. He is an Associate Professor at the Icahn School of Medicine at Mount Sinai, and Attending Neurologist at The Mount Sinai Hospital.

Dr. Goldstein’s research focus has been emotional modulation of cognitive control, including the application of fMRI to identify neural mechanisms of the interaction of emotion and cognition. He has published multiple neuroscientific research articles and book chapters.

Dr. Goldstein’s medical specialty is Cognitive Neurology and he currently serves as Director of the Center for Cognitive Brain Health at Union Square Practice. 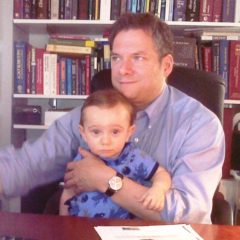